Knut Harms informed me about the electronic materials for learning GanttProject which are available in German here:

Materials are free for personal use. I don't speak German but Google Translate did a good job and translated this page.


PDF file is available on this link:

http://www.harms-oldenburg.de/schulprozesse/component/option,com_docman/task,doc_download/gid,45/Itemid,33/
Posted by Unknown at 12:38 AM

Email ThisBlogThis!Share to TwitterShare to FacebookShare to Pinterest
Labels: docs 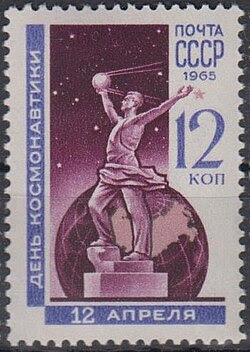 April 12 becomes a day of great launches for me.

48 years ago Soviet engineers launched Vostok-1 spacecraft which carried Yury Gagarin onboard  and was powered by six liquid-fueled engines. Gagarin's flight was just 108 minutes long, but it made the Universe closer to the millions of people.


Since that time many Soviet and now Russian people celebrate Cosmonautics Day. I admit that it is one of my favorite holidays. This April I celebrate it with launching an updated GanttProject.biz, which now is also powered by an engine. Google App Engine.
Its uptime now is about 20 hours and it is feeling good. I hope that this launch will eventually make the universe of information closer to hundreds of GanttProject users. Stay tuned!
Posted by Unknown at 3:31 AM